Everton midfielder Andre Gomes will undergo surgery on a fracture dislocation to his right ankle on Monday.

The midfielder suffered the horrific injury following a challenge by Tottenham’s Son Heung-min during the 1-1 Premier League draw at Goodison Park on Sunday.

| An injury update on @aftgomes.

We’ll be with you all the way, Andre. 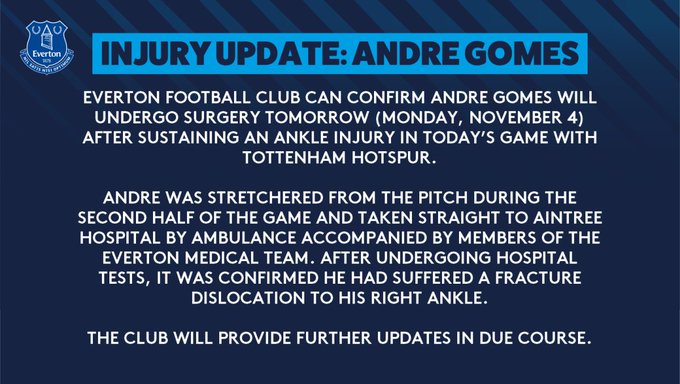 1,298 people are talking about this

“The Portugal international was stretchered from the pitch during the second half of the game and taken straight to Aintree Hospital by ambulance accompanied by members of the Everton medical team.

“After undergoing hospital tests, it was confirmed he had suffered a fracture dislocation to his right ankle.

“The club will provide further updates in due course.” 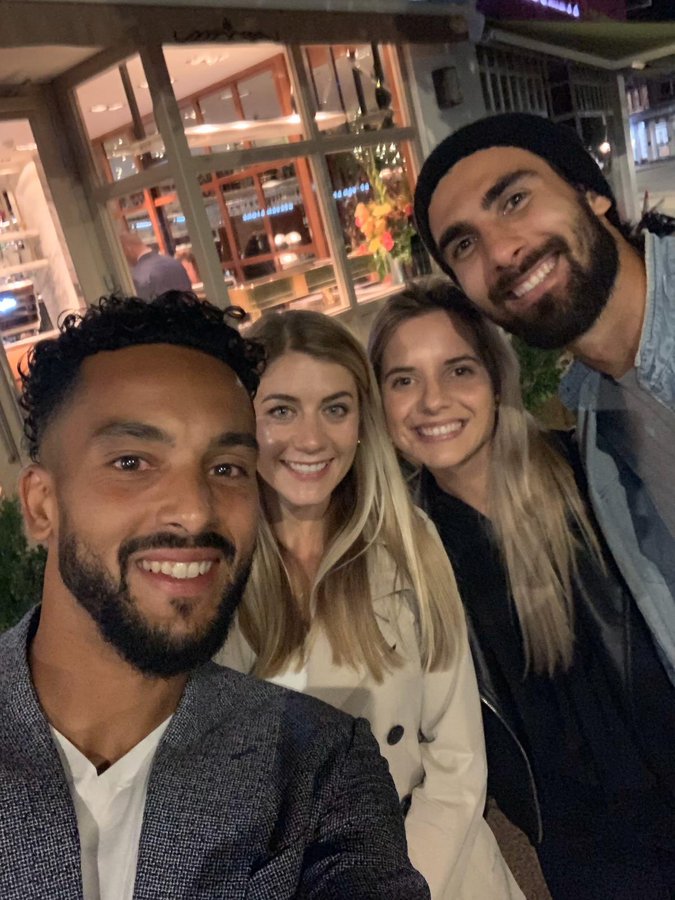 451 people are talking about this

Son was dismissed for the challenge, despite referee Martin Atkinson initially showing the South Korea international a yellow card.

Cenk Tosun scored a stoppage-time equaliser for the Toffees which cancelled out Dele Alli’s second-half opener.

Several of Gomes’ team-mates took to social media to send their well wishes to the Everton midfielder.

Goalscorer Tosun wrote on Instagram: “You win, you draw, you lose but all that doesn’t matter when something like this happens.

“I wish I didn’t score, I wish we lost 0-5 and this didn’t happen. I know you will come back stronger bro and we will be there for you.” 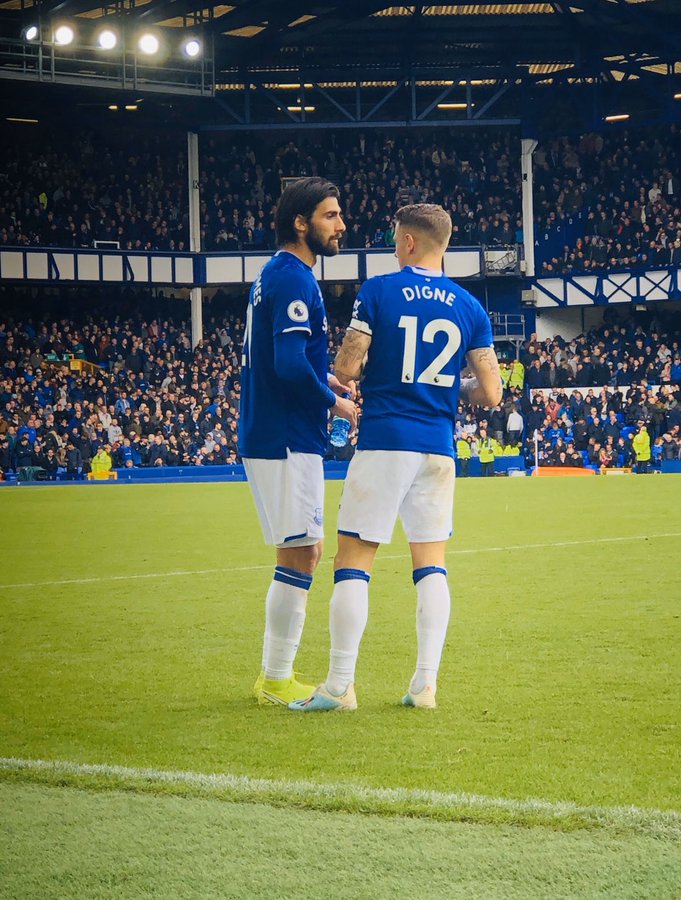 421 people are talking about this

Toffees left-back Lucas Digne – also a former Barcelona team-mate – wrote on Twitter: “My brother everybody is with you I know you are beast and you come back stronger.”

England goalkeeper Jordan Pickford said: “Thinking of you brother @aftgomes. We’re all here for you. Hope to see you back on the pitch as soon as possible.”

‘My hands are full, where will I put Ifeanyi’ – Davido excited as he meets his daughters in Atlanta (Photos)

‘My hands are full, where will I put Ifeanyi’ – Davido excited as he meets his daughters in Atlanta (Photos)