Enough is Enough, Naira Marley must be stopped 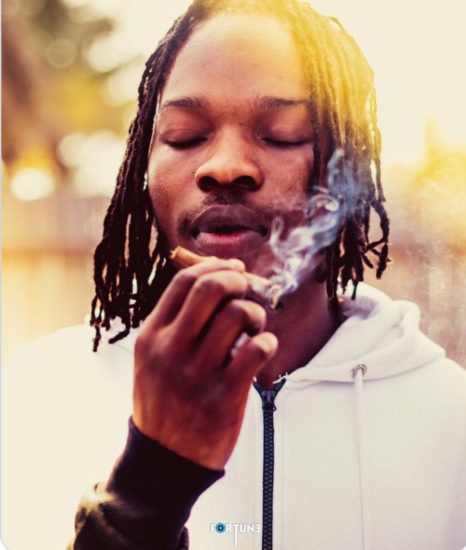 Afeez, who parades himself as a sort of street philosopher neglected the prestige that comes with his family name, dragging the annals of same in pellets of mud.

The young man who rose to fame, not as a result of his lyrical ingenuity but as an alleged internet fraudster, has continued to toe the line of perdition, classing miscreancy and turning horrendous street lingual into a rhythm laced with indecent imagery.

And like a pack of wolves in a scrimmage for blood, the Nigerian youth and somewhat middle-aged generation have found a mentor in his indecency, obnoxious behavioural pattern and mannerism; all known traits of the early day Marleyans scripted along nazism.

Afeez belongs to the class of emerging generation who criminalize hard work and undermine decent and honest living. To Afeez, those who sweat to earn their living are “smellos” who should be purged from society because they can not spend extravagantly like the criminals who engage in advanced fee fraud.

Himself and his ilks, praise to high heaven individuals whose only torch to a successful life is by ripping people of their meagre earnings and destroying companies. They push the young generations into thinking that the only means of survival is nothing other than crime. These ones are the worst of us.

In a disgusting move to undermine our societal sanity, Afeez came up with a despicable dance step known as “Soapy”. Never since the days of Napoleon has there been such open disgust for humanity. The dance step, which requires the rubbing of the male genital; sent to the gallow, the last piece of our sanity.

And like a gift that keeps on giving, Afeez recently postulated that the mass of the female buttock is more glorifying than an academic master’s degree. This new backward philosophy was quickly embraced by his army of hailers who classified him as some sort of Plato.

For a country with an alarming rate of out of school children, Afeez has once again given the docile youth the encouragement to spit in the face of education and embrace a life of crime.

In one of his musical jargons, Afeez, who has now become a signpost for hard drugs; daily glorifying the use of controlled substances and encouraging intake of drugs renowned worldwide to have wasted the lives of many and rendered their loved ones in everlasting pain, finds comfort in increasing the rate of drug abuse in Nigeria.

With phrases loosely translated as “He came to my house and I called my dealer… He is sniffing cocaine and I am smoking weed”. Afeez undermined whatever efforts government agencies are making to curb the illicit use of drugs amongst our youth.

Musicians like Afeez should not be encouraged but shun and spat on. They should not be allowed to integrate whatever disgusting lifestyle they live on the innocence of our youth. It will be nothing short of catastrophic should the next generation be made up of men and women who learnt societal values from people like Afeez.

There is nothing bad in dancing and enjoying life, but such should not be at the detriment of those values that our history hold dearly. For without them, we are nothing but a bunch of scavengers in the wilderness.