All is set for residents of Ekiti State to make a crucial decision that could shape the state’s development in the next four years.

The politicking has ended, now the people will decide.

A total of 35 political parties are fielding candidates for today’s election.

According to the Independent National Electoral Commission (INEC), although Ekiti State has about 913,334 voters, only about 646,000 collected their Permanent Voters Cards (PVCs), with about 250,000 cards still in the commission’s vaults.

Since only registered voters with PVCs will be allowed to vote, maximum number of votes expected in total is about 646,000.

The elections will be held in 2,195 polling units with the final result announced at the INEC secretariat in Ado-Ekiti, the Ekiti State capital.

Although, there are 35 candidates, the election is expected to be a straight battle between a former state governor, Kayode Fayemi of the All Progressives Congress, and current deputy governor, Olusola Eleka of the Peoples Democratic Party. The contest is thus between the clamour for change and the demand for continuity.

To ensure effective monitoring of the elections, local and international observers have been deployed to the state. These include about 100 well trained observers deployed by a partnership between the Centre for Democracy and Development (CDD) and Premium Times Centre for Investigative Journalism (PTCIJ).

A team of PREMIUM TIMES reporters are also in Ekiti to ensure adequate coverage of the election.

Stay here for live, real time updates of happenings in all the 2,195 polling units in the 16 local government areas of the state. 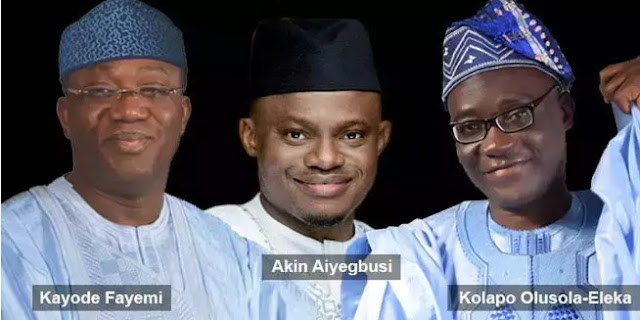 PDP, APC battle for votes as Ekiti people decide who will be the next state governor

UNN SUG President Is Plus One Today

UNN SUG President Is Plus One Today