Some white foreigners have been captured on camera as they refused to kneel down during a recent courtesy visit to influential Yoruba monarch, Ooni of Ife.

The oyinbo men who refused to kneel before the king

A photo which emerged online and is making the rounds on social media, show the moment some foreigners who were led by some Nigerians on a courtesy visit to the palace of the Ooni of Ife, Oba Adeyeye Ogunwusi refused to kneel before the monarch like their Nigerian colleagues.

The Oyinbo men have been trailed with mixed reactions and criticisms from online users who blasted them for not observing the culture and paying proper respect to an influential Yoruba king. 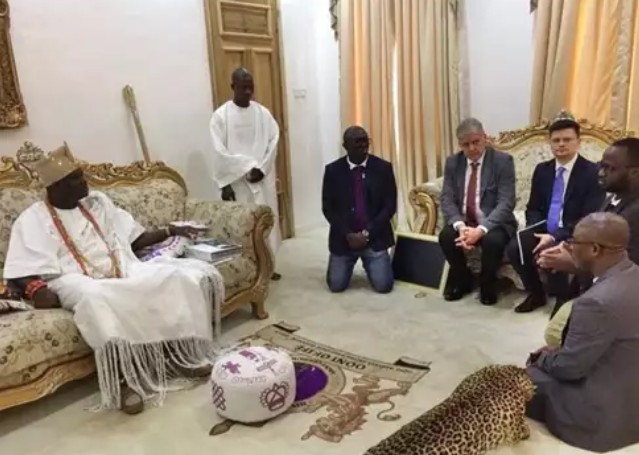 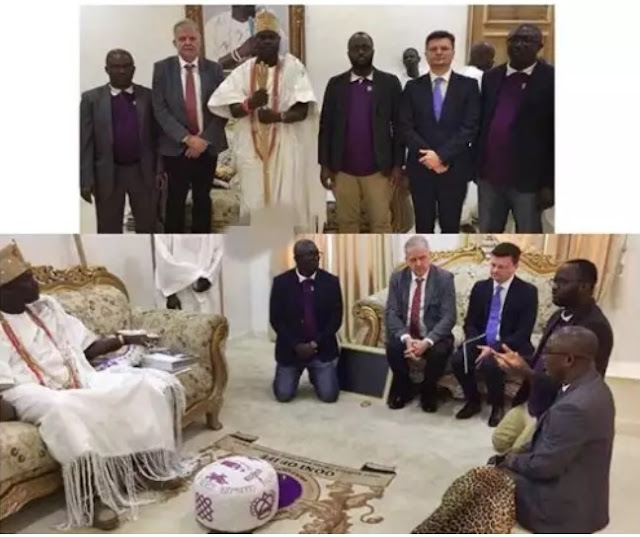 Atiku Reacts To Buhari’s Comments On Nigerian Youths Being Lazy

Atiku Reacts To Buhari’s Comments On Nigerian Youths Being Lazy