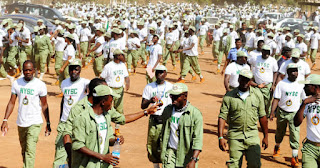 The Corps Marshal, Federal Road Safety Corps, Dr. Boboye Oyeyemi, has ordered that no transport union should transport any National Youth Service Corps member as from 6pm during the Yuletide.

Boboye said this during the FRSC end-of-the-year meeting with transport union stakeholders as one of their programmes in preparation for the end of the year activities on Tuesday in Abuja.

He said the need for transport leaders to jointly fight against road crashes in -ember months and beyond called for concern.

“No transport union should convey any corp member and those leaving the orientation camp on Thursday, December 19, 2019 from 6pm.

“Any vehicle that violates this order will be dealt with seriously, as the FRSC is committed to the safety of lives and properties.

“I want to urge the state coordinators of different NYSC orientation camps to send signals to the corps members to be aware of the information.

“This has become necessary to address road accidents and crashes that occur during the festive periods across the country.

“The safety of the youths, goods and Nigerians’ lives at large is our major concern,” he said.

The Corps Marshal, however, urged the NYSC members to use legal parks and avoid roadside vehicles to ensure their safety while traveling for Christmas and New Year.

The Director-General, NYSC, Brig.-Gen. Shuaibu Ibrahim, also appealed to the transport union workers to give discount to corps members traveling for Christmas and New Year.

He said the high rate of transport money during Yuletide was a concern, noting it could affect corps members.

“This is the main reason why you see corps members boarding vehicles at night and, sometimes, on the roadside.

“The belief is that the prices of transportation would reduce at night by boarding at the roadside. This is not safe at all,” he said.

Responding, the National Secretary, Road Transport Employer’s Association of Nigeria, Mr. Yusuf Adeniyi, assured that the instructions would be passed across nationwide to ensure transport fare is slashed for corps members travelling.

“We will direct all the offices nationwide to bring down the prices and provide good vehicles for their safety,” he said.