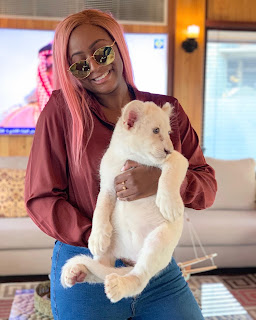 The daughter of the famous billionaire Femi Otedola$, DJ Cuppy(Gelato) is now a mother… Wow🤗.
DJ Cuppy now has a baby who bears same name as her – ‘Cuppy’. She admitted that she has always wanted to be a mother and that’s now a reality with baby Cuppy.
The Gelato princess shared this breathtaking news through her Twitter post. 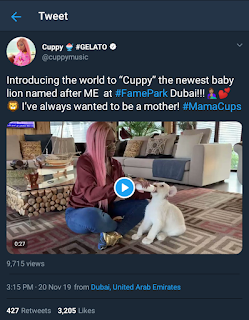 Introducing the world to “Cuppy” the newest baby lion named after ME  at #FamePark Dubai!!!🤱🏽💕🦁 I’ve always wanted to be a mother! #MamaCups.

Excited to watch my first born baby “Cuppy” grow up into a beautiful lion! 🍼🤱🏽🦁 Mummy loves you 💕 #FamePark 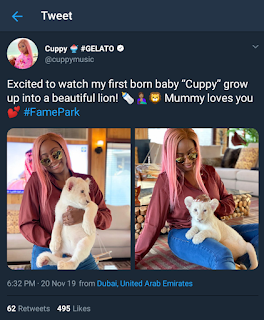