Seven governors of the All Progressives Congress (APC) met with the National Chairman of the party, Adams Oshiomhole, on Thursday to discuss the crisis over primaries in some states.

The APC governors met with President Buhari earlier in the day, but he reportedly directed them to meet with Oshiomhole.

After the meeting at the party’s national secretariat, Yari, the Zamfara State Governor, addressed waiting journalists.

“Well, I think we just came to see our National Chairman on matters arising from primary elections held in some states and also to resolve so that we can come out stronger as one family so that we can secure victory in the 2019 general elections,” he said.

Yari added that some of his colleagues have “one issue or the other” which was the reason they were at the meeting.

“We have one issue or the other, ranging from the disqualification of some candidates and what have you, which we discussed as a family and to look at how we can boost the morale of the followers and other issues related.

“So, in resolving these, there is no other person than the National Chairman and the National Working Committee (NWC). So we sat down and discussed and steps are going to be taken so that we can understand the way forward,” he said.

Yari revealed that Oshiomhole told them the party’s NWC will meet over the issues, because the party will not have a candidate for the general election, if primaries are not conducted successfully and candidates picked before Saturday, October 7.

“Chairman said they are going to have National Working Committee meeting and the same time we are concerned, if we are not having any candidate anywhere by the 7th, we automatically have no candidate to field for 2019.

“Time is our number one enemy, we are working harder, faster to ensure that we have these things done so that we can start coming to convention on Saturday,” he added.

Bagudu, the Kebbi State Governor, also spoke to journalists. He commended the primaries conducted so far in his state and expressed hopes the remaining will go well.

“They went very well. We had the presidential direct primary where over 700,000 party members across the state in 225 wards voted in support of President Muhammad Buhari’s candidature in 2019.

“We had very successful gubernatorial primaries, we have just completed the senatorial primaries where three serving senators have all been returned; Senator Muhammmed Adamu, Yahaya Abdullahi and….and we are ready for the next set of primaries, House of Reps and state House of Assembly and it will all go well,” Bagudu said. 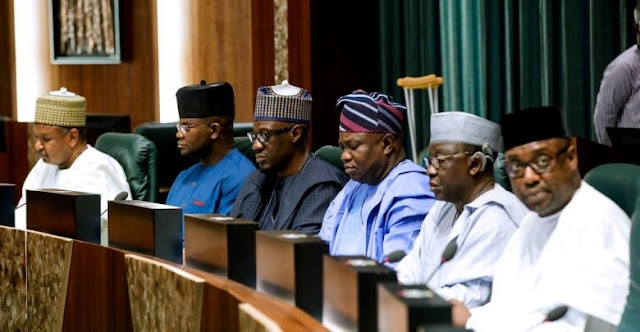 ANN: “You will Regret The Day You Were Born, When I’m done with you”: Lanre Oyegbola Threatens The Agora Tv Boss(Photos)