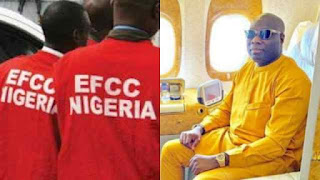 A federal High Court sitting in Ikoyi, has granted a bail of one hundred million naira to Instagram celebrity, Ismaila Mustapha a.k.a Mompha, who was arraigned by the EFCC for 32.9 billion naira alleged money laundering.

The presiding Judge, Justice Mohammed Liman, also ordered the accused to provide one surety in like sum with a verified title deed. Mompha will also deposit his international passport with the court registrar and must present himself to the EFCC every fortnight.

The Jude dismissed the objection of the antigraft agency, saying the constitutional provision that bail is a right must prevail over statutory consideration.

Before his bail application was heard, the EFCC opened its case, with three witnesses testifying.

Chairman of the Economic and Financial Crimes Commission, Ibrahim Magu, had earlier in the month described the arrest of Ismaila Mustapha and his accomplice, as the “biggest catch of the commission.”

Magu, at an interactive session with newsmen, said Mompha operates “51 bank accounts in Nigeria with which he acquired properties in Dubai and had laundered about N14bn through Ismalob Global Investments Limited.”

Goya Oil is For Cooking not for Annointing Rev. Fr. Kelvin Ugwu Bemoans