Chelsea news: Hazard has told Sarri he prefers NOT to play with one team-mate

Belgium star Hazard scored a hat-trick, with Giroud providing an assist for his first two goals.

Hazard believes the former Arsenal man is the best target man around.

He said: “He’s a target man, maybe the best in the world. I think so. When he gets the ball, he can hold it and we can go with him.

“For us, he’s a player to play with. When Alvaro was playing it is completely different, he’s a different player with different qualities, and it’s good to have two good strikers in the team.”

Deeney has compared Giroud and Hazard to the former England and Liverpool duo Emile Heskey and Michael Owen.

“With Giroud there, he gives Hazard that licence,” Deeney said.

“Olivier Giroud is always going to occupy at least two defenders with his size, with his frame, the way he can bring the ball down.

“He’s not the slowest of people as well, he’s got everything to his game.

“You talk about Heskey and Owen, Owen’s always said how good Heskey was for him, and it’s the same there.

“I’ve been in that role sometimes, with (Odion) Ighalo and myself.

“You get just as much satisfaction knowing that he’s scored, the team’s winning and when he’s doing interviews it’s about how great the other person is doing.”

In response to Deeney, Carragher said: “I think Hazard’s saying that, and you don’t normally hear something like that.

“No disrespect to Morata but I think he’s probably thinking and saying to the manager really ‘I want to play with this fella more often than not’.” 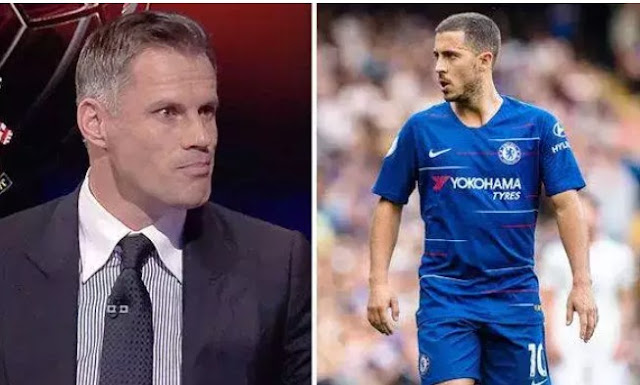