Maurizio Sarri revealed Victor Moses will be played as a winger this season after two years playing as a wing-back under Antonio Conte.

Moses has found himself out of favour under the new Chelsea boss, playing just eleven minutes this campaign.

Sarri has switched to a back four since taking over at Stamford Bridge this summer, and Moses was not included in the squad that beat Newcastle last weekend.

But the Italian explained Moses needed to get up to speed about returning to playing as a winger.

Sarri was asked why Moses why not playing and replied: ‘Because he changed the position in the pitch. Now we are trying to let him to play like a winger.

‘So we changed the position and in the new position I think he needs to improve.’

Moses was a winger before Conte deployed him in the wing-back position and helped Chelsea win the Premier League playing in that position. 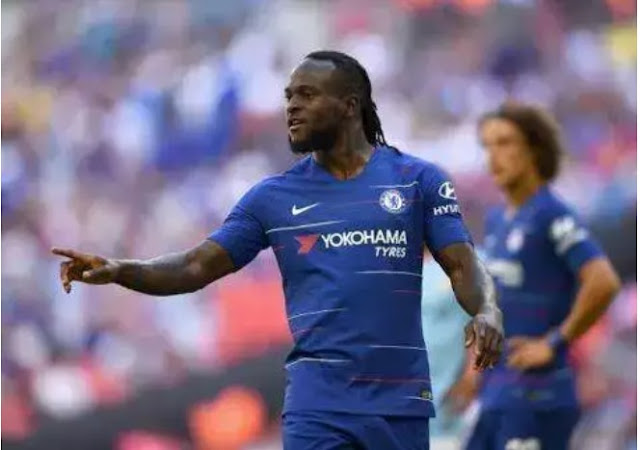