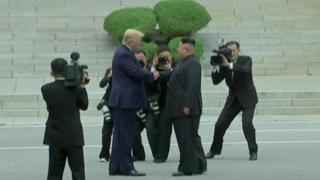 Mr Trump became the first sitting US president to cross into North Korea after meeting Mr Kim at the demilitarised zone (DMZ).

Critics have dismissed it as pure political theatre, but others say it could set the scene for future talks.

Their last summit ended abruptly with no progress on denuclearisation talks.

Why will this meeting be significant?

With no time for the all-important backroom diplomacy, it is expected to be largely a photo opportunity. However, it will be seen as a sign of their ongoing commitment to the denuclearisation talks.

Negotiations with North Korea, to try to convince it to abandon its controversial nuclear programme, reached a peak last year when Mr Trump and Mr Kim had a historic meeting in Singapore.

They both committed to the “complete denuclearisation” of the Korean peninsula, but without clarifying what that meant.

Donald Trump and Kim Jong-un: From enemies to frenemies

It was hoped their second meeting, in Hanoi in February, would make some concrete agreement about North Korea handing over its nuclear programme in exchange for some of the tight sanctions against it being lifted.

But those talks ended with no deal, as they failed to agree on the pace at which sanctions should be eased. Since then the negotiations have stalled, though Mr Kim and Mr Trump have exchanged letters recently.

What is the DMZ? 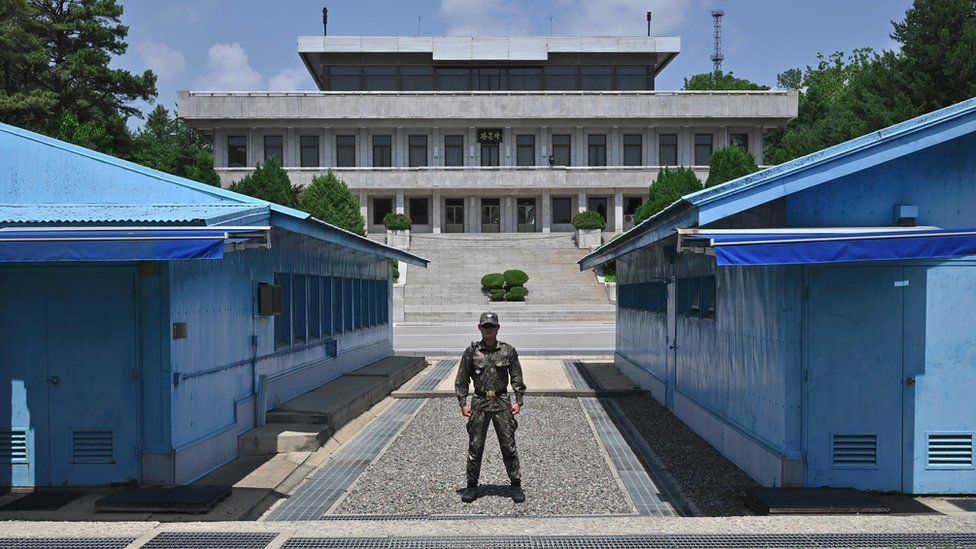 Though that area, by definition, has no military installations or personnel, beyond it lies one of the most heavily militarised borders in the world.

The Joint Security Area (JSA) located at the Panmunjom village straddles the Military Demarcation Line and is where all negotiations between the two countries are held.

Tourists can also go to the JSA when relations between the two countries – still technically at war – allow it. No US sitting US president has been inside it. Bill Clinton once described it as the “scariest place on Earth”.

COZA: Worshipers asked 10 questions before they are allowed into the church

COZA: Why I abandoned my dad – Skales reveals

COZA: Why I abandoned my dad – Skales reveals