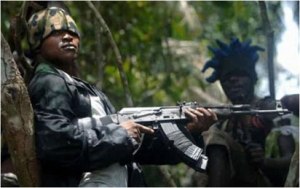 A senior lecturer at the Obafemi Awolowo University (OAU) Ile-Ife, Prof. Jerome Elusiyan, was on Friday shot dead by unknown gunmen.
The deceased, who was the Chairman of the Medical Advisory Committee (CMAC) at the Obafemi Awolowo University Teaching Hospital Complex, (OAUTH), Ile-Ife, was killed in Edo State.
According to a family source, the deceased was travelling between Ekpoma and Benin alongside his driver when he was attacked by the gunmen.
The varsity don was shot dead during the attack while his driver sustained gunshot injuries.
The Public Relations Officer of OAUTHC, Mrs. Kemi Fasoto, confirmed the incident to journalists on Saturday.