  
Shehu Shagari
Ex -President Shehu Shagari is dead .
Shagari passed away at the National Hospital Abuja on Friday . He was 93 years old .
The news was broken by the Governor of Sokoto State , Aminu Tambuwal , on his Twitter handle .
Tambuwal had tweeted :
Aminu W. Tambuwal
@AWTambuwal
I regret to Announce the death of former President Shehu Shagari who just passed away at National Hospital Abuja. May his Soul Rest in Peace.
983 7:24 PM – Dec 28, 2018
911 people are talking about this
The news was also confirmed by his grandson , Bello Shagari, via his verified Twitter handle @Belshagy . Bello had tweeted :
Bello Shagari
@Belshagy
I regret announcing the death of my grandfather, H.E Alhaji Shehu Shagari, who died right now after brief illness at the National hospital, Abuja.
1,742 7:04 PM – Dec 28, 2018
2,798 people are talking about this
Shehu Usman Shagari was born in 1925 in Shagari village founded by his great – grandfather , Ahmadu Rufa’i , who was also the Village Head , and took the name Shagari as his family name . His father ’s name was Aliyu and his mother ’s name was Mariamu .

Shagari started his education in a Quranic school and then went to live with relatives at a nearby town, where , between 1931 and 1935 , he attended Yabo Elementary School; and between 1936 and 1940 , he went to Sokoto for middle school , and then from 1941- 1944, he attended Kaduna College .

He was also a member of the Federal Scholarship Board from 1954 -1958 .
According to the Wiki citation on him , the late ex- president entered politics in 1951 when he became the secretary of the Northern People ’s Congress in Sokoto , Nigeria , a position he held until 1956 .
General Olusegun Obasanjo, who was military Head of State had handed over to Shagari in 1979, and he was in office till 1983.

Before then , Shagari had served as a federal minister and federal commissioner between 1958 and 1975.
Shagari was made the Turaki of the Fula Sokoto Caliphate in 1962 by the Sultan of Sokoto, Siddiq Abubakar III.
He worked as a teacher for a brief period before entering politics in 1951 and, in 1954 , he was elected to the federal House of Representatives representing Sokoto West .

In 1958 , he was appointed as parliamentary secretary — a post he left in 1959 for Prime Minister Abubakar Tafawa Balewa . He later served as the Federal Minister for Commerce and Industries .

In 1967, he was appointed the Secretary for Sokoto Province Education Development Fund . From 1968 -1969 , he served as Commissioner for Establishments .

After the civil war, from 1970- 1971, he was appointed by then military head of state Gen . Yakubu Gowon as the federal Commissioner for Economic Development , Rehabilitation and Reconstruction .

In 1978 , he became a founding member of the National Peoples Party . In 1979 , Shagari was chosen by the party as the presidential candidate for general election that year , which he won , becoming the president .
Shagari ran for a second four-year term in 1983 and won the general election . However , on 31 December 1983 , he was overthrown by then Maj . – Gen . Muhammadu Buhari .
He was Grand Commander of the Order of the Federal Republic , GCFR. 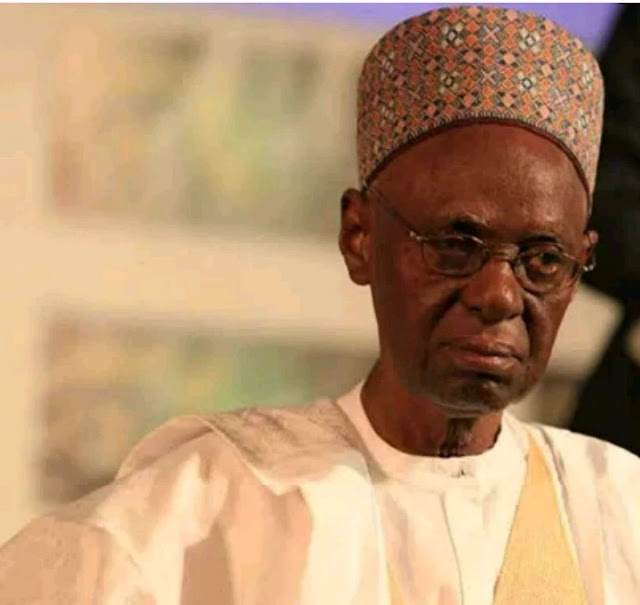