Family of the leader of the Indigenous People of Biafra (IPOB), Nnamdi Kanu, has asked the Federal Government to release the corpse of their son for burial.

The family said it believed that Kanu was killed by the Nigerian military, in an attempt to quell the agitation for Biafra.

The family spokesman, Emma Kanu, told Daily Sun that the federal government should release Nnamdi’s corpse to them so as to give him a befitting burial.

Emma said ever since the IPOB leader disappeared last year, when his home was raided by the military, the family had always feared for his life.

“Now that it has been reported that he is dead, the federal government should, without hesitation release his corpse to his family, so that we and the entire Igbo nation can give him the befitting burial he deserves because he is a true Igbo son,” he said.

The younger Kanu said even if the IPOB leader was out of Biafra struggle, it would not vitiate the resolve of IPOB and indeed the whole of Igbo to actualise Biafra.

On the call by Gen T.Y Danjuma for Nigerians to protect themselves since those saddled with the responsibility had failed them, Kanu said although the call was belated, however, it was a clarion call which IPOB would not take lightly.

“The call by Danjuma for people in the country to defend themselves means that the elder statesman has just started seeing what the IPOB leader, Kanu saw years back.

“All the same, it is a clarion call which IPOB will adhere to, no matter the circumstance,” he stated. 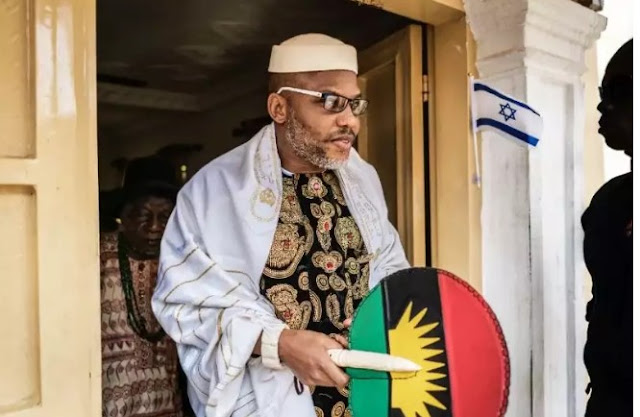 About ANN, From The Interim Chairman’s Desk

About ANN, From The Interim Chairman's Desk