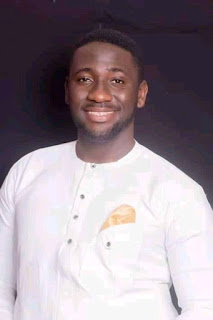 Recently, President Muhammadu Buhari approved the closure of Nigeria western borders. This is in line with his administration’s determination to promote indigenous products and manufacturers.
The immediate effect of this policy is the unimaginable hike in price of food,particularly rice.

This policy has however been greeted by mixed reactions from within and outside the country. While some see it as a deliberate decision of PMB to make life difficult for the people,others see it as a policy aimed at impoverishing the life of southerners. They argued that while the western borders were shut,the northern borders have remained unclosed and that it is an indication that the policy is targeted against southerners.

Some people are even  of the view that the policy negates the economic openness (Globalization) which the signing of African Continental Free Trade recently by PMB represents.

Nigeria immediate neighbors have also criticized the policy. This is in view of the fact that most of them are economically backwards and their survival depends on their trade relations with Nigeria.

The fact remains that border closure is a form of economic nationalism. It is government policy aimed at promoting indigenous products and also protecting indigenous manufacturers from the harsh effects of competing foreign goods or companies. Economic nationalism is aimed at encouraging the patronage of locally made goods as against foreign goods.

Nigeria is not the only country to have  adopted economic nationalism as a policy. As a matter of fact, most countries in Europe and beyond developed their economies through economic nationalism. It was so serious that patronage of locally made goods was backed up by national laws and legislations. Hence, it was unlawful to do otherwise. It was called mercantilism those days.

The point is that, a nation’s economic development begins with national laws and legislations that protects and promotes what is within the country first before importing. It is only when local manufacturers have gained stamina and stability,such that foreign commodities will not pose a threat again that the market is opened. It is what France, Germany, Italy, Britain, China, even America did. This is economic nationalism.

Nigeria is a dependent economy. We are net importer of virtually everything we’re capable of producing. Even to feed our huge population we depend on imported food. We import toothpick,we import petroleum, we import even textile materials. These are things that we have the capacity to produce for our population and even export.

Usually economic nationalism is the aftermath of strong local production base. It is usually a follow up to an already organized and booming local market,especially the type that has received strongest of support from the home government. But in Nigeria’s case, some things are not just right.

First is the timing. We have less than 7 weeks to the end of the year. Christmas and New Year are just weeks away, and we know how important these events are to Nigerians, particularly Christians… There is no commodity that people buy the most like rice during this period,but from how things are going, a bag of foreign rice may be sold for thirty thousand naira and twenty five thousand for local rice. The increase in demand for rice will subject consumers to unnecessary exploitation.

Again, the decision to close only the western borders already sent a wrong signal.  It shows there may be tribal consideration in making such policy and this,as expected will cause some mixed reactions.

You can’t be talking about promoting indigenous producers when the enabling environment for their operation has not been provided. No stable electricity,no access road, etc.

*What PMB Should Do*

You can’t be asking Nigerians to eat local rice when you can’t even treat “ordinary malaria’ in Nigeria, you must travel abroad.

You can’t be asking us to go local when you have not shown in action that you believe in Made in Nigeria.

Make patronage of Made in Nigeria cars by your officials a national policy. Buy Innoson cars if you’re serious.

Make patronage of Nigeria health sector a policy, by stopping your endless medical tourism as example. Build and equip standard hospitals that can treat you and your likes if we don’t have them.

Encourage local shoe makers, cloths, bags,belts and cap makers in Aba and elsewhere by not only buying their products personally but also making it a policy for your officials to do so for a start. The Enyimba Economic City we were told your government was championing in Abia has become a nightmare. Make it a reality.

Tackle the electricity challenge facing the country, by arresting vested interest head on.

Revive our refineries. Asking us to eat local rice, when we still use imported kerosene is an aberration. Some of us eat rice once in a week but we use kerosene daily.

There is no justifiable reason why there should not be at least one refinery in each of the oil producing states if not for vested interest. You promise to make the refineries working again but they have grown worse with you as petroleum minister. Mr. President,do something.

We don’t have access roads. Most of the federal roads in the country have become nightmares.

It has been proving that electricity and good road network are the two most important element required for the economic development of any country. Dunlop, mitchelin tyres etc have all relocated to other countries due to these factors.

Allow your policies to have true look of a nationalist not a tribalist. Isolating one region is suspicious.