Recall that Messi earlier this month said that Juventus are clear favorites to win this season’s Champions League now that they have Ronaldo.

Bartomeu said he agrees with Messi that the Serie A champions with Ronaldo are even stronger candidate to win the Europe topflight competition.

“[Juventus president] Andrea Agnelli has pulled off a fantastic deal. I’m sorry that La Liga has lost a star, the second in two years after Neymar,” ESPN quoted Bartomeu as saying on Tuesday.

“It’s negative for our football, and I’m not interested in the fact Real could be weaker because we want the best football to be played here.

“That’s the only way you can compete with the Premier League — the richest.

“Ronaldo doesn’t only improve Juve, but the whole of Italian football, and as far as the Champions League goes, I agree with [Lionel] Messi that Juve, with Ronaldo, are an even stronger candidate to win it.” 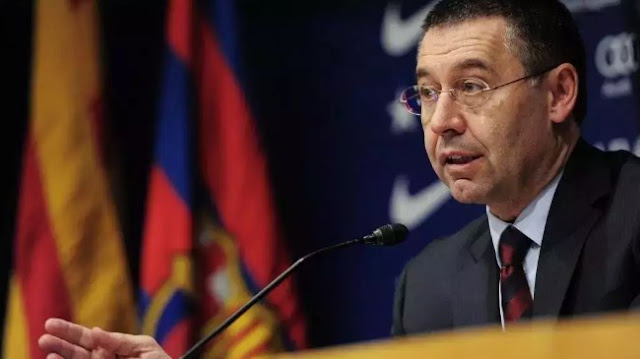