ASUU Strike May Be Called Off On Monday As FG Releases N15.89billion To Universities

Varsities may reopen soon, with the Federal Government making concessions to the striking Academic Staff Union of Universities (ASUU).

The concessions will be tabled before the union’s leaders on Monday at a meeting  to be convened by Labour and Employment Minister Chris Ngige.

The Minister has reached out to the ASUU leadership for the  “robust feedback session” with the hope that the union will return to the negotiation table.

Varsity lecturers on November 4, last year, began a strike to push the implementation of the 2017 Memorandum of Action.

The Memorandum was a follow-up to the 2009 FG-ASUU Agreement.

ASUU National President Biodun Ogunyemi attributed the strike to “the insincerity of government in meeting our demands”.

payment of shortfall in salaries of universities;

revitalisation funds for varsities; and

payment of earned academic allowances for lecturers, senior staff and other workers.

But on Monday, the Federal Government succeeded in addressing the demands of the lecturers and other unions.

“One of the conditions met by the Federal Government was the release of N15.89billion to universities on New Year’s Eve( Monday) for the payment of shortfall in salaries of universities,” a source told The Agora.

“The cash is expected to hit the account of all the institutions on or before the close of work today (Wednesday),” he added, pleading not to be named.

“The government has also set aside N20billion as revitalisation funds for varsities. The National Universities Commission( NUC) has been directed to work out the modalities for allocating the funds to all institutions.

( NUPEMCO), the government has directed the National Pension Commission (NUPEMCO) to issue a licence for the company’s take-off.

“Funds have also been set aside for Earned Academic allowances for lecturers, senior staff and other workers.”

Replying a question, the source added: “This agreement was inherited by the administration of President Muhammadu Buhari, but despite the lean resources available to the government as a result of the fall in oil prices, we have done our best to meet ASUU demands.”

Ngige said: “We have gone far in considering  the demands of the lecturers. We have substantially met the conditions.

“I am meeting with ASUU leaders on Monday where all steps taken by the government will be tabled before them. This is a responsive and transparent government, we have done our best to meet the conditions.

“In fact, officials from the Ministry of Budget and National Planning will be at the next meeting with ASUU leadership where they will be briefed on facts and figures.

“We are hopeful that the actions taken by the government will be acceptable to ASUU for our schools to reopen.”

ASUU Chairman in the Southwest Zone Dr. Deji Omole denied knowledge of any updates on the union’s negotiation with the Federal Government.

Omole, who is also the Chairman, University of Ibadan chapter , told The Agora that the government was yet to call another meeting in the ongoing negotiation since over two weeks ago.

He said the negotiating committee was awaiting announcement of a new date for talks. 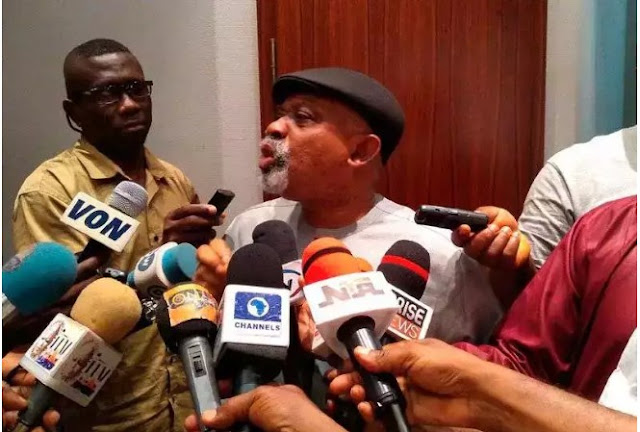