APC Convention: Why I will not contest against Oshiomhole — Oyegun

THE National Chairman of the ruling All Progressives Congress APC, Chief John Odigie-Oyegun has explained his decision not to stand for a re-election in the forthcoming national convention of the party.

Speaking Friday night at his residence in Abuja, the party chairman said: “Now that the Convention Committee has invited interested aspirants to obtain forms to contest into the various national positions in our party, it has become necessary for me to state my position. I have consulted widely with my family, friends and associates. Even though I had the desire to re-contest as the National Chairman of the party, I have decided that it is ultimately in the best interest of the party for me to withdraw from the race”.

He said he took the decision without prejudice to his commitment to the party in helping to solve some of the subsisting and emerging difficult issues and “my ability to continue to provide necessary leadership”.

Speaking further, he said: “I believe that the party faces difficult days ahead, and all critical stakeholders in its leadership would be required to bind together for a common purpose. Therefore, the less contentious our national convention is, the better for the party. I have always sought to be part of solving the problem of APC. I do not intend to be part of the problem for APC to solve. It is for this reason that I hereby declare that I will not be seeking re-election as the National Chairman of the All Progressives Congress, APC. However, I will continue to perform my functions as the National Chairman of the party till my tenure officially ends on Monday the 25th June when a new set of party executives will be inaugurated”.

On why the National Executive Committee NEC initially opted for the non-conduct of the Congresses and convention, Odigie-Oyegun said: “With the 2019 generals elections looming in the horizon, some of us considered it to be in the best interest of the party to go into the elections as a united fighting force, rather than one that was potentially weakened by internal conflicts arising from competitive congresses and convention. It was for this reason that we canvassed and obtained the NEC authority on February 27, asking all executives of the party to continue in acting capacities for another period of 12 months.

“If this decision was sustained, we probably would have achieved our objective. But we would only have succeeded also in postponing the evil days as it were. In retrospect, I am inclined to agree with the viewpoint that even a young political party as ours need to be subjected to the crucible of these contestations, which in any case, is the hallmark of progressive politics. In the end, even as difficult as the situation may appear at the beginning, the experience we would draw from managing the contending interests, can only hope to make our party stronger and more resilient”.

He however pointed out that it was within his constitutional right to stand for a re-election and having been equipped with the requisite experiences to navigate the party through political landmines.

On allegations that he has been trying to frustrate the Imo state Governor, Rochas Okorocha in the just concluded ward, local and state congresses of the party, Odigie-Oyegun absolved himself,  saying the politics of Imo state is such that there are many stake-holders who are opposed to the governor within the state. 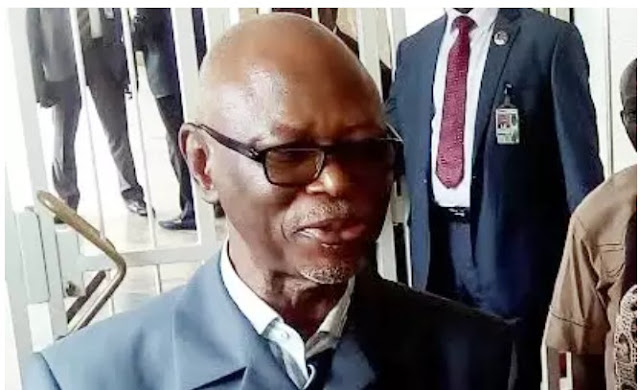