He has not played for the country since 2015, but Enyeama paid the Super Eagles a surprise visit at their training ground on Thursday.

The Super Eagles are gearing up for the AFCON 2021 qualifier clash against Lesotho after beating Benin in their opening Group L encounter on Wednesday.

The team was put through a light training on Thursday at the Le Meriden Hotel in Akwa Ibom. However, it was not a normal training day as former Super Eagles captain was seen with the goalkeepers in camp.

The former Lille goalkeeper last played for the National team in 2015 but was in high spirits with other goalkeepers on Thursday.

Guess who turned up at the training ground yesterday. 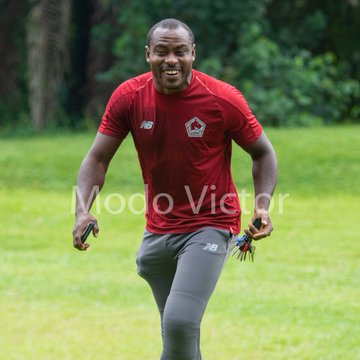 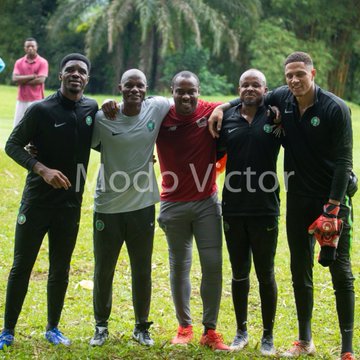 174 people are talking about this

It is yet to be known if Enyeama was just in town to pay the team a visit or he is training with the team to keep fit after being released by Lille.

Nevertheless, it’s good to see the 37-year-old back in the National team set up once again.  www.theagoratv.com will provide updates as things unfold in Super Eagles camp.