Ability in disability, they say, is good while ability in ability is better. But extra ability is the best and is recommended. That is the intimidating quality of a man who many have called blessed, the former Rector Abia State Polytechnic, Aba and the Seventh Substantive Vice Chancellor of Abia State University, Distinguished Professor Eleazar Uchenna Ikonne, Fnco, Fnoa, Fwash.
Similarly, a leader that has become a light that beams hope to the aspirations of common people and imparts on their dreams interestingly that his personality serves as a pathway to achieving unthinkable goals by anyone directly or remotely connected to his leadership and practice.
I am a practical testimony of what I preach. As an unrepentant disciple of Ikonne’s school of thought, I have attained significant feat since I met him. I must say his influence is magnetic and highly impactful. His generosity and inclusive leadership is second to none. He is a leader who never leads from behind; he is often in the front line when a goal is to be achieved. He is the motivation his team needs to achieve uncommon successes, above all, he is a team-player.
On leadership, Queen Elizabeth II once said: “I know of no single formula for success. But over the years I have observed that some attributes of leadership are universal and are often about finding ways of encouraging people to combine their effort, their talents, their insights, their enthusiasm and their inspiration to work together.”
Professor Ikonne’s discovery of best hands for the jobs are based on careful observation and insight. His love for his clan (Ngwa), his state (Abia) and the nation at large surpasses his biggest ambition. He is not just an academic, but an industrialist who has established viable economic platforms for peoples’ aspiration to thrive.
He is not a brand for greed, as his life is an embodiment of public good. My friend and brother
Chukwudike Nwokike will attest to the fact that whatever Ikonne owns is for public service.
The greatness of Professor Ikonne transcends academics, and that is important to note. He is an influencer, he is a leadership institute, he is a school of thought, he is a multiplier of values and an academic cum administrative talent hunter. He is an authority in Nigerian educational system and a respected academic figure across the globe.
Friends, just like the Igbo proverbial “Ehiogu abugi ehikpe,” I will not disturb you today with his achievements as the Vice-Chancellor of Abia State University, but I will not fail to inform you that his steadfastness in service to God and humanity is unmatched.
Professor Ikonne belongs to me. He belongs to you. He belongs to everyone. His ideology, belief and association can be publicly identified. He is an open book as far as leadership is concerned. Yet, he is an independent chapter of a voluminous epistle of life.
I have studied him and realized that he is an unrepentant and unapologetic welfarist. One thing a lot of people will not deny prof. is that he never needed to know your father or godfather before he considers you in his scheme of things. Yes, I am a living witness.
As he adds another feather to his cap today, how best can we celebrate a man whose words have become an “Academic Bible”, not just for his academic followers but the general political and administrative class. His finest quality lies in his unending desire to empower, as well as invest in the youth who are the future of our tomorrow.
Friends, if we can tremble before the work of nature, why should we not tremble before a man that exemplifies virtue? Of a truth, he deserves a Homer to tell his story.
My mentor sir, for your greatness, the lives you have affected and your human nature, I humbly join millions of your well-wishers to say congratulations and Happy Birthday!
Ahamefula Israel, an unrepentant disciple of Prof. Ikonne, sent in this piece from Uturu, Abia State. Email: [email protected] 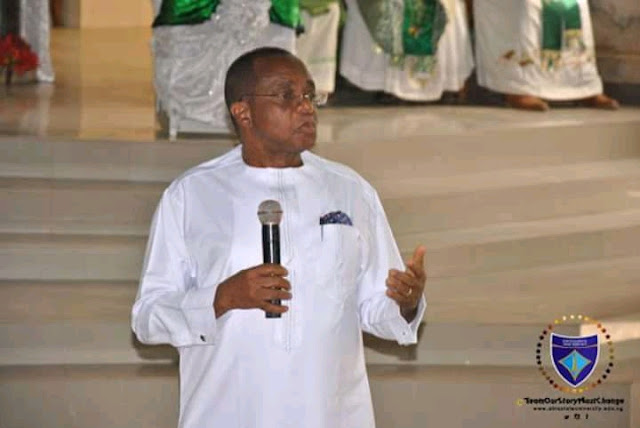 How I Made Jonathan Concede Defeat To Buhari – Okonjo-Iweala

How I Made Jonathan Concede Defeat To Buhari - Okonjo-Iweala