Comrade Sochima Nwokeke and Ransome Chinonso Aka Elder Intoto have been spotted in a photo together. According to our interrogation with Comrade sochima, the incumbent SUG secretary general, on how it was possible that their dispute was put off. He said : “we break up, in order to make up” As at December 2018, Elder Intoto and Sochima engaged in an exchange of insult battle, which pushed Sochima to explain how Elder Intoto had lost the grey hair in his hair… We really appreciate the reunion 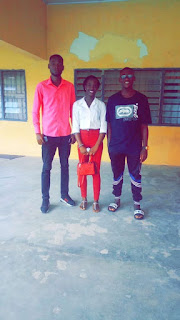