About ANN, From The Interim Chairman’s Desk

Nigeria’s political scene has been dominated by the same set of individuals since the beginning of civilian rule in the second republic in 1979.

Even though there have been changes political parties and formation of new ones at best, the parties are essentially of the same soul but clothed with different apparels to confuse the masses.

In 2015 a seismic wave cut through the country’s political landscape. The PDP that has hitherto ruled the country for 16 years lost power to the APC. Irrespective of what some people might want to believe, a greater majority of Nigerians wanted change and voted to enforce that. For these class of Nigerians, the results of the election are a validation of the fact that their vote counted and their voice were heard loud and clear.

This has emboldened and buoyed more Nigerians with a positive outlook to 2019 when they look forward to exercise their rights to decide the path for their future. This is especially so because the government that was freely and massively voted into power by the people has been a downright disappointment. For most, the past two years have been confusing and even downright depressing.

In 2015, the nation was presented with two flawed choices. A few made a choice between the two but majority stayed away from the process. If things continue the way they are presently, the choices in the forthcoming 2019 elections might even be worse resulting in more people staying away from the process.

Alliance for New Nigeria (ANN) strives to shape and support a strong, positive and inclusive centrist political party in our country that will be a credible alternative platform for the 2019 election. It is a political organization that puts public service, pragmatic centrist principles and nation-building at the top of its agenda.
Formed in the January of 2017, ANN is dedicated to evidence-based political research, advocacy and training, particularly in engendering a generational leadership shift in the country.

Most Nigerians don’t belong to political parties. In fact, there is no political party currently in the country that can provide objectively verifiable evidence of its membership base. ANN is poised to change that as it is currently working to register 40 million members before the 2019 elections. Membership is open, you do not need a godfather to be a card-carrying member of ANN. It is common knowledge that less than 30% of the registered voters actually vote or participate in electoral activities. The percentage will actually be less if you take account of the people of eligible voting age that are not registered to vote. At the core of these 70% or more who are not involved are professionals, young adults, students and others who have been apathetic because of the belief that politics is not for the faint hearted or that people’s vote does not count. ANN is committed to changing the narrative about Nigeria. At the end of the day, we simply want a positive, honest, hard-working government that is fiscally prudent with our money and respects the diversity of this great country.
We want to you to join us on this great mission.

We want you to know that better days are ahead. It isn’t complicated or impossible to achieve. But we’ll need your help.
Together, we can build a solid blueprint for Nigeria’s future that fosters our country’s fierce entrepreneurial spirit while still being fiscally responsible and socially moderate.
Together, we can foster respectful, open and honest political dialogue in our country. Together, we can inspire the next generation of Nigeria’s political leaders to enter public service. Please join us as we make Nigeria great again 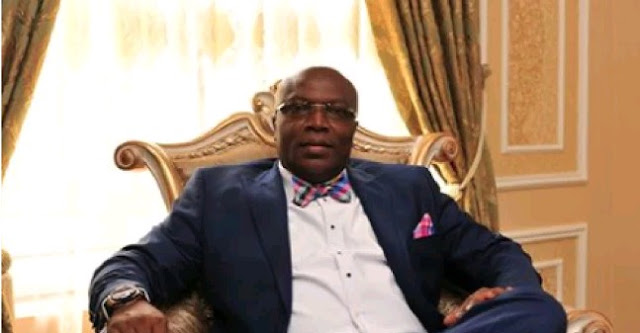