INDEED ABIA IS SAFE! Paul Okezie scripts…… According to Margaret Thatcher, “Any woman who understands the problems of running a home will be nearer to understanding the problems of running a country.” This say shows a typical prove on the Mrs NKECHI IKPEAZU’s Kind concerning the NHGSFP. The Nigeria’s National Home Grown School Feeding Programme which was formally launched by the country’s Vice President, Professor Yemi Osinbajo at a special meeting of Federal and State ministers and school feeding stakeholders in Abuja which is part of a 500 billion Naira funded Social Investment Programme announced by the Buhari administration to tackle poverty and improve the health and education of children and other vulnerable groups. Which its objectives and aim is to support States to collectively feed over 24 million school children which will make it the largest school feeding programme of its kind in Africa ,has done good in Abia state so far. . Through this program, The government owned Nursery and Primary schools In the state has regained its Pupils who were lost to private owned schools in the State. The wife of the Governor, Mrs Nkechi Ikpeazu is an example of what A scholar Estée Lauder described“I never dreamed about success,I worked for it” In conclusion, Mrs Nkechi Ikpeazu through this program has Improved Girl child nutrition and health of the children in the State at large,knowing fully well that Nigeria has the third largest population of chronically malnourished children in the world. She has equally Strengthened local agricultural economies by providing a school feeding market in which farmers can sell their Products. Also,she Created employment opportunities with jobs in catering, processing, farming, etc. We indeed have a Mother in the state who we can proudly call our first lady, as this kind gesture of hers greatly attested “Performance + Equity” equals 8years. There is need to support this great woman who has Promoted the Agricultural, Economical and educational sector of the State through this Feeding system because – “Any woman who understands the problems of running a home will be nearer to understanding the problems of running a country.” 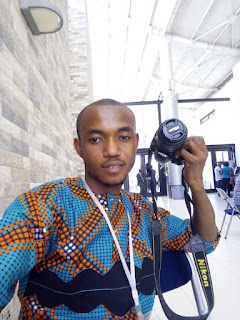