Kiki Mordi  a Nigerian journalist, media personality, filmmaker and writer. Has officially raised her opinion on same sex marriage on her twitter page.

The 2016,  Outstanding Radio Program Presenter (South-South) award winner at the Nigerian Broadcasters Merit Awards
Have been known for her liberal mindset and respect for human right. 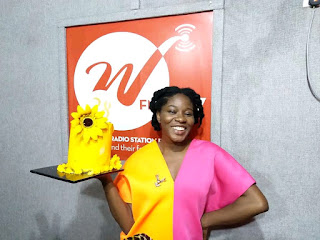 In 2017, she started an online petition to end police extortion and exploitation after some Nigerian policemen invaded their home and accused her and her boyfriend of being cultists, these and many more has exemplified her stance on human right violation. 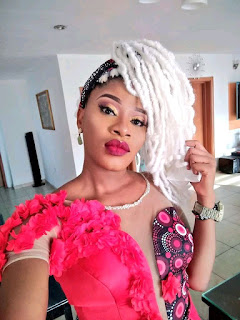 Journalist, Kiki Mordi, has said it is a shame that same sex marriage is still illegal in Nigeria.

In 2014, ex-president Goodluck Jonathan, signed the anti-same sex bill into law, banning all forms of gay associations or marriage. The law places a 14-year jail term for any offender 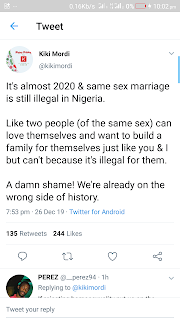 Italy Legalises Growing Marijuana at Home for Personal Use.

Italy Legalises Growing Marijuana at Home for Personal Use.