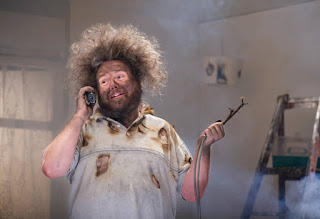 A fool at forty is a fool forever.
How much a fool passed fifty-eight.

Left in dilemma of self created complications is this man.
Stuck in too many fights as though he is a teen.
Has too many problems but still nonchalant like a suckling on his mother’s lap.

He has much to feed on but starves.
He has all it takes to amass stupendous wealth but is wretched and poor.

He chases rats when his house is on fire.
With all resources to enjoy unimaginable comfort he suffers discomfort.
With poor sense of responsibility he mistreats his children and when they react, they’re subdued to the worse.

Unlike a man, his children suffer humiliation from outsiders and he cowardly sits arms folded.
His poor sense of security has made  his family vulnerable to abuse.
Before his eyes, his children fight and kill themselves in cold blood; he does what? Fakes or shows no concern.

Having a high percentage of inferiority complex injected into his bloodstream, his things are worthless.
Compared to others he feels daunt.
Things made by him are substandard.

Shrouded with ignorance and illiteracy is he and his family.
He has little or no value for education and enlightenment.
He is dumb and cares less about knowledge.

He has money but is broke to his family.
Borrows money and dissipates with nothing to show for it.
He’s poor minded and is a slave of mediocrity.

Being of no good to his family, they’re infected as well and everyone is sick.

Having started from the cradle, where is this man headed, the grave?

To have aged pass 58, is there a possibility of a total reformation in this man and his family?

What is the needful to be done to curb the problem of this  Man and his Family?

ABSU: Iroegbu Goodness C. Solitics For Support To Emerge As The Next JABSS Fin Sec.

ABSU BUHARI Sends Birthday Message To His Irreplaceable Friend. Described Him As A Role Model

ABSU BUHARI Sends Birthday Message To His Irreplaceable Friend. Described Him As A Role Model