The presidential candidate of Allied Congress Party of Nigeria, ACPN, Dr. Oby Ezekwesili, has stated that the Peoples Democratic Party, PDP, has exposed the ignorance of its flag bearer Atiku Abubakar, with its statement on price of fuel.

Ezekwesili said PDP’s claim that Atiku will reduce pump price of petrol to N90 only showed that the former Vice President was ignorant of the economy.

In a statement during the week, the PDP promised Nigerians that it will “crash fuel
pump price to N90,” if returned to power.

But in a statement made available to DAILY POST and signed by the National Chairman of ACPN, Gani Galadima, Ezekwesili said the main opposition party was only trying to deceive Nigerians.

The statement said, “Today, the People’s Democratic Party, PDP, reminded us of why both they and the APC are one of the same, fielding a single candidate
called #BuTiku.

“This is 419, and it betrays the PDP candidate’s ignorance of how
Basic Economics and the solutions Nigeria truly needs.

“The country ended 2018 with 4trillion of Fiscal Deficit.

“Where will they find money to slash fuel price? Even if FG had such money, is it because they want another round of Subsidy-Slush Fund that they want to take the country deeper into the corrupted and market-distorting fuel price fixing method?

“The Obiageli Ezekwesili For President 2019 campaign is all for market-determined pricing which will end up more favourable to the poor who have been and continue bearing the effect of corrupted subsidy regimes more while the rich enjoy the benefits.

“This is a reminder to Nigerians that Abubakar Atiku’s so-called and questionable business acumen does not qualify him to run this economy. Obiageli Ezekwesili is the only candidate in the race who has built and rebuilt national economies in Nigeria and outside, with a track record to show for it.” 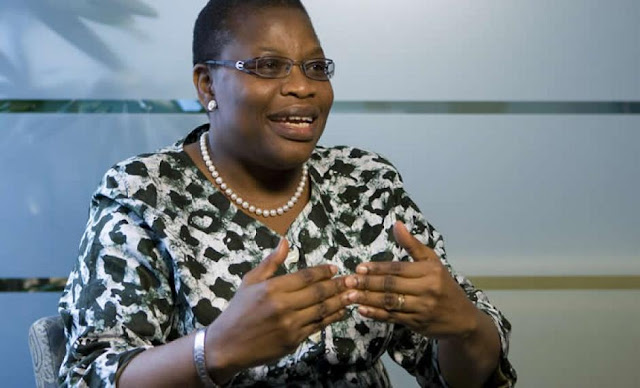