Mr. Adams Oshiomhole, National Chairman, All Progressives Congress (APC), says the party will approach the court on its ban by the Independent

National Electoral Commission (INEC) from fielding candidates for elective positions in Zamfara State in the 2019 general elections.
Oshiomhole stated this on Friday in Abuja while briefing newsmen on the state of affairs of the party.

He said that INEC cannot disenfranchise the people of Zamfara from participating in any of the elections in 2019.

“With all due respect, INEC cannot award a state to the Peoples Democratic Party (PDP) or any other political party.

“It has to be the decision of the people of Zamfara or any other people in any other state that is going to participate in any of the elections.

“I believe the court will look at the law and the rules, and as far as the legal advice we have gotten is concerned, we believe we are on good grounds.

He added that for now, the APC has confidence in INEC, even though according to him, the commission is being pressured by the PDP to do the internal reorganization.

The APC national chairman expressed optimism that the rule of law would prevail at the end of the day, adding that the party has confidence in the judiciary and would always abide by court rulings. 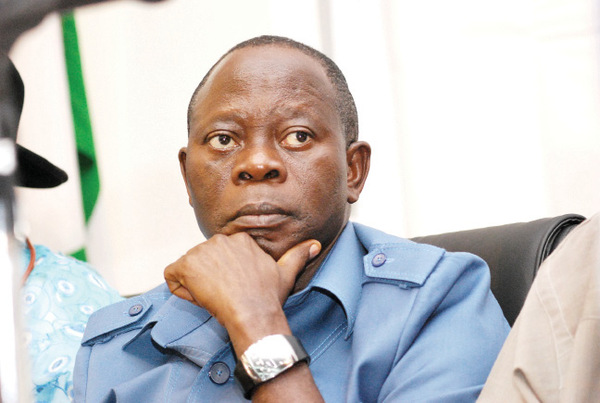 The Beauty in Serving And Giving to Mankind- Ugoala Amanda