2019 Election: “If I Speak, Nigeria Will Boil”- ANN National Chairman

The National Chairman of Alliance for New Nigeria (ANN), Dr. Jay Osi-Samuels has narrated how the party was rescued from highjackers and godfathers, saying it was not an easy task dealing with political and so called spiritual godfathers.

” If i open my mouth and speak, Nigeria will boil” he says.

In a speech he delivered at the party’s national convention in Abuja on Wednesday, he said the party which is ideologically different from others suddenly found itself in the hands of godfathers, some of whom had hidden under the banner of church spiritual fathers.

He further explained that forces of godfathers would have succeeded as a result of moles they planted in the party, but some genuine members within the fold stood up in defence of the party and its ideology.

“Some powerful forces were surreptitiously working to disintegrate the party, they planted moles into the party and they almost succeeded in hijacking the structure of the party.”

Dr. Osi-Samuels further said forces against the party began to malign his name when they could not succeed in disintegrating the party.

“My name has been maligned even to the highest political level in this country, but I’m not deterred,” he said.

He commended the party’s president aspirant, Gbenga Hashim-Olawepo for his contribution and for offering himself to contest the Presidential election in the party in 2019.

“There is a man that we have been talking since February and if you remove the persons, we will not have what we call Alliance for New Nigeria and that person is Olugbenga Olawepo Hashim.”

The Congress affirmed the sacking of the party’s former National Chairman, Emmanuel Daniel through a voice votes.

The affirmation was after Dr. Osi-Samuels dispelled rumours making the rounds that the ANN has been factionalized.

“I hate hearing people saying that ANN has been factionalized. There is no faction of ANN anywhere”, he insisted.

Talking about an aspirant of the party who claimed to be candidate, Dr Samuel said they can’t reap,where they didn’t sow.

“People who contributed nothing to the party when it needed them most cannot suddenly jump out from nowhere and claim to be candidate of the party ” he said.

He commended Olawepo Hashim for his determination, as the 593 delegates endorsed him as presidential candidate of the ANN. 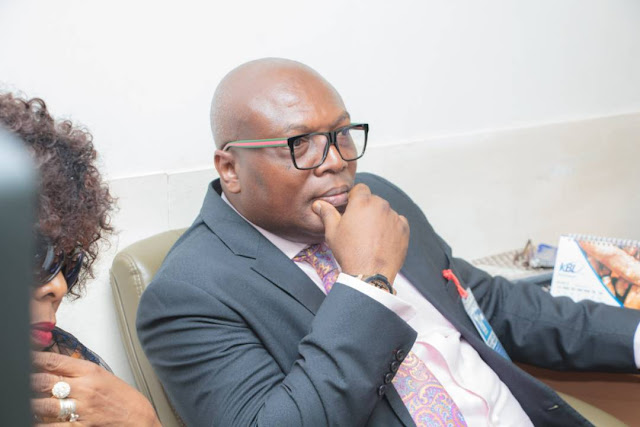