The convicts: Kelvin Emenike Ukoh, 32 and Emeka Obasi, 33 were jailed for the kidnap of one Mr Ugoje Jude, a shipping agent, and his staff, Miss Piriye Gogo on August 3, 2012, at about 9 pm, a kidnap operation which Evans also reportedly participated in.

The convicts were arraigned sometimes in 2013 alongside three others: Uche Igbani, 28, Chibuzor Osuagwu, 33 and a 36-year-old woman, Onowu Ngozi, on a 14 count-charge bothering on conspiracy, kidnapping, armed robbery and murder.

TribuneOnline recalls that a 34-year-old Director with Ocean Glory, Paul Cole, was kidnapped on August 3rd, 2012, at Festac Town, alongside his General Manager, Jude Ugoje, and another staff, Piriye Gogo, and taken to an unknown destination by Evans and his gang members.

Narrating her ordeal, before the court, Miss Gogo said that the three men accosted them with rifles on their way home and that she was almost raped inside the car, but was saved by her monthly menstrual period.

Gogo, during her evidence-in-chief, said that during the abduction, one of the kidnappers, Obasi, came into the car, after dragging her boss out for negotiation at an undisclosed location, and started fondling with her breast. 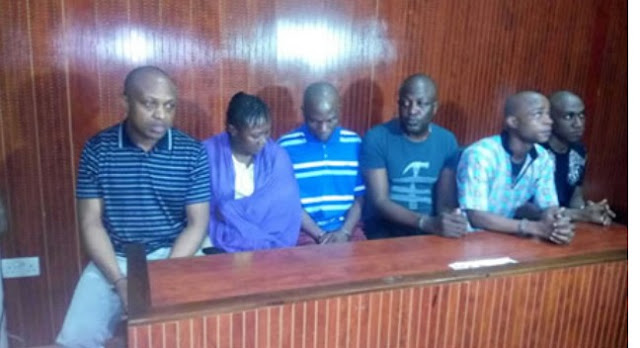